Posted on 1 June, 2017 by Zealot Guest Author Leave a comment

In 1949, George Orwell gave the world a nightmarish vision of a dystopian future in his novel, 1984. The story of Winston Smith, an Outer Party member working for the Ministry of Truth, served as a stark warning about government endorsed manipulation and control by the privileged elite. While the year itself passed without a sign of English Socialism taking control of ‘Airstrip One’, the name given to Great Britain in the novel, in the three decades since 1984 events have panned out that draw disturbing parallels between Orwell’s perpetual warring and history revising world and our own. By rights we should be appalled that these parallels can even be made but for some reason we’re just not; and it’s perhaps that which is all the more disturbing.

The leader of Ingsoc, the mysterious Big Brother, is seen as omnipresent and ever-watching by the population of Airstrip One, with posters of the leader plastered across the city and beamed to every telescreen coupled with the ominous phrase “Big Brother is watching you” reminding every citizen they were under constant surveillance. Thanks to the evolution of 24/7 news coverage, our leaders too seem like they’re everywhere almost all the time. Watch the news, scroll through social media or open a newspaper and you’re almost guaranteed to see Theresa May, Donald Trump or Vladimir Putin in some way shape or form. And while none of them explicitly states that they are “watching us” there’s always that little voice in our heads asking, “what if they are?” 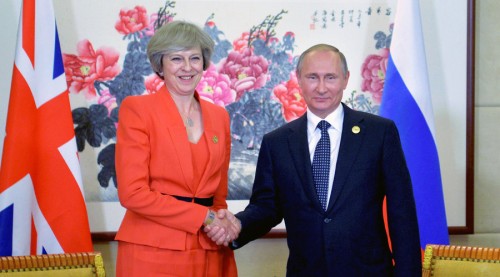 And the possibility of being constantly watched is more and more becoming a terrifying reality. In 1984, the telescreens occupy not only every street of Airstrip One but every Party workplace, every shop and most alarmingly, every party member’s home.  The telescreens receive and transmit data so at any point the Party can know what the citizens are doing, where and with whom. While the government has not forcibly installed telescreens in our homes as of yet, there is perhaps a far more insidious method of constant surveying the populace. In 2017 there is an estimated 2.32 billion people using smartphones across the world. Despite being a wonderful invention that allows you to watch films and television, connect with friends from around the globe and play games to your heart’s content, they also can track your location, be used to store and collate data about you based on the websites you visit and be exploited to access your personal information such as bank details and passwords. Almost all of them also sport a camera and microphone too, so smartphones being used to keep tabs on the public is not just a plausible theory but an actionable one. And thanks to the Investigatory Powers Act 2016 that came into force in the UK last year, it may already be underway.

The Two Minutes Hate of the novel is a two minute period set aside every day where Party members watch a film depicting the current enemies of the State and are encouraged to react in a violent frenzy, demonstrating their hatred and loathing of whoever the State is at war with at that time. There are even examples in the book of citizens assaulting the telescreens or throwing things at them in their anger. As the film draws to a close, the face of Big Brother appears and the viewers exhaustedly chant his initials until the film’s end. This is a form of brainwashing designed to deflect any feelings of anger or hatred that a Party member has for the State towards the perceived enemies of the State. This keeps Party members toeing the Party line and discourages potential seditious actions or behaviour. There is too, unfortunately so, a form of the Two Minutes Hate in our own world. Certain hard right political groups and individuals encourage hatred and fear towards religious or social groups in an attempt to manipulate the general population into believing those groups are responsible for the bulk of the world’s ills. If they can convince the public to blame these groups for the things that are wrong with society then they won’t look too closely at who’s really to blame. It’s a dangerous cycle of fear that can only lead to more division and more hatred. 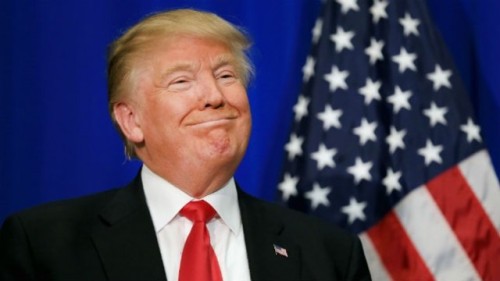 More recently, the term ‘fake news’ has been embedded itself in the minds of the public, largely thanks to the American administration and their almost daily gaffs, mistruths and accusations about the media. Anything printed or broadcast that the establishment don’t agree with is dismissed as ‘fake news’ while lies they tell to media must be taken as truth and anyone who disagrees with them is silenced or discredited as a ‘saboteur’. This is chillingly similar to Ingsoc’s machinations in 1984 as it commands that its citizens believe everything they are told, regardless of whether or not it’s true. In fact, through fear and torture the Party forces its citizens into completely believing things that they know are false; things such as ‘2 + 2 = 5’ and ‘black is white’. The citizen knows that the colour black is black and the colour white is white but they also fully believe that black is white and white is black. This accepting of two contradictory ideas is known as ‘doublethink’ in 1984 and is used by the Party to control its Outer members. They are scared to admit they know the statement is false as they run the risk of being punished by the Thought Police and shunned by their peers so they convince themselves that the false statement is true which will gain them popularity within the Party and they will be seen as a loyal citizen by their superiors.

On a slightly lighter note, the concept of Newspeak, the language created by Ingsoc, could perhaps be applied to the way we communicate via social media and through texting. ‘Text-talk’, featuring such phrases as ‘lol’, ‘smh’ and ‘wtf’, has become the norm for a great many teenagers, with the abbreviated language slowly seeping its way into classrooms across the world. ‘Text-talk’ however, is a great deal less sinister than Newspeak which is designed to limit personal expression and freedom of thought, though it sometimes does result in older generations having little to no clue what the younger ones are talking about with every message having to be deciphered like code.

The methods and ideas of Ingsoc are only a heartbeat away from becoming reality. Our world and Orwell’s overlap too much for us to be comfortable with and we must act to stop ourselves falling into the pit of manipulation and suppression. But perhaps these thoughts and observations I’ve made about the world we live are way off the mark. Maybe I’m making these things fit in order to further my own personal agenda or possibly being unfair the privileged elite who are determined to keep the public in its perceived place. If this really were the world of 1984, I’d most definitely be a thought criminal and find myself carted off to Room 101. Orwell’s novel is often used as an example of extreme dystopia and it is commonly accepted that for all its flaws, the world we live isn’t that bad. But maybe that’s what they want you to think.