Posted on 5 August, 2016 by Zealot Script Leave a comment

Alan Brenham is the pseudonym for Alan Behr. 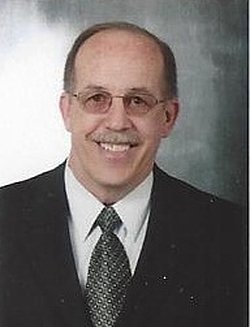 After graduating from Texas A&I University, he joined the Temple Police Department, working as a patrol officer and later, as a crime analysis officer. During his tenure with the Temple PD, he received an Outstanding Law Enforcement Officer Award.

Alan left the Temple PD to live in West Berlin, Germany, while contracted as a civilian law enforcement instructor. He won a gold medal in an international pistol competition. Two years later, he returned to the Temple PD and was promoted to detective.

He attended Baylor University School of Law and was admitted to the State Bar of Texas in 1987. Alan practiced law as a prosecutor and, later, as a criminal defense attorney before working as an Assistant General Counsel for the Texas Department of Criminal Justice.

He and his wife, Lillian, have traveled to Alaska, Central and South America and almost every island in the Caribbean. Today, they live in Texas.

That’s a difficult question for which there is no simple answer. I suppose the best part would be being self-employed – able to write whatever I want , creating roadblocks for my characters to solve and doing the research, and discussing/learning about technical issues necessary for my novels from various experts.

I took a creative writing course for screenplays then, after reading crime fiction novels written by a variety of authors, I decided to switch to writing fiction books. And why not? I had a plethora of real life cases both from my time as a police investigator and as a criminal prosecutor and defense attorney to cherry-pick from for ideas.

There are actually several authors who inspired me: Michael McGarrity, Stephen King, C.J. Lyons, Michael Connelly,  and Jeffery Deaver, to name a few.

It’d be the same advice I received when I started – read a lot of books in my favorite genre and write. Reading and writing, as basic as the two terms may appear,  are akin to classroom studying and on-the-job training.

All the books I read are in the same genre I write – mysteries and thrillers. Some are police procedurals; some are psychological thrillers.
Which one of your characters would you most like to spend time with?

The one I’d like to spend the most time with would be Dani Mueller, the anti-hero in Price of Justice. I think of her as the most complex of all the characters in all my novels and the most flawed. Here’s a woman who lost everything, fought (and killed) to make it back and still managed to hold onto her sanity in the process.

Actually, there are two. Price of Justice (POJ), set in Austin, Texas, and Cornered, set in Temple, Texas. POJ is the first in the Scarsdale/Mueller series. Cornered was written to raise awareness of the serious problem of human trafficking.

In my latest novel (waiting to go into the publisher’s queue), I had included scenes about a foster home that I had wanted to use as a central piece for the story. My editor decided otherwise and, after much discussion, I relented and deleted the material.

If I could live in a book, it would have to be Cornered. It is set in Temple which is where I had lived for many years and worked as a police officer.

If I had my choice of authors to write my biography, it would have to be John Grisham.

I’d like to see the movie Independence Day made into a book.

I’m a world-traveller who made his own rules.

My next project will be a change in genre, written in first person point of view.

You can find out more about Alan Brenham around the web: