Posted on 18 November, 2016 by Zealot Script Leave a comment 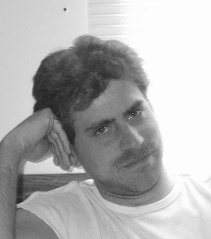 Born and raised in the Charleston, WV area, this young single father started writing when unimaginable circumstances thrust him into a situation beyond his control.  As a way to stay connected to his beloved daughters, he began writing stories to entertain them – first a fantastical, magical adventure, the Edge of Knight series.

What started as entertainment for his daughters evolved into a coping mechanism to maintain his sanity as he waged a monumental battle against injustice.  The battle continues, and as his daughters have grown into teenagers, the stories have changed to more mature fiction.

J. C. Allen is a pseudonym, represented by the author’s middle name, his younger daughter’s middle initial, and his favorite niece’s initial.  Both girls have been instrumental in bringing his books to the public.  We hope you’ll enjoy the results.

What s your favourite part of the lifestyle of an Author?
I enjoy trying to create new worlds for people to visit, characters people can love or hate, and stories which will compel someone to find meaning in their own experiences.

I wouldn’t say I was ‘made’ to, I was drawn to it when stuck in a horrible situation.  I grew tired of the cookie-cutter novels I was reading and decided to try to create something more interesting, engaging, and believable.

Ken Follett for his attention to realism and story telling, Terry Brooks for his imagination, and Stephen King for his sheer command of language.

Write your way, defy convention, and be personal and real at all times.

I like anything that will take me away into another world, even if it’s just like this one, as long as it’s imaginative and memorable.  The same as I write.

Which one of your characters would you most like to spend time with?
There are so many I love, which is hopefully true of all authors, but Rick Williamson of Chronicles of Time is an especially fun-loving, caring, and cultivating father. I’d also love to hang out with Edgar Knight of the Edge of Knight series, however. He is the most honest, fun and real character of all.  He’s probably the son I never had (although I’m perfectly fine with my daughters!)

Pillars of the Earth for its honest storytelling, but Atlas Shrugged for its ability to invest the reader in the debate.

Honestly, I write my stories from beginning to end and have yet to cut or add anything in over 30 novels.  I write with finality.  It’s odd, I’m sure, but what comes out, stays.  I feel it’s authentic, and to change it wouldn’t be.

The great thing about writing is you get to live in the worlds you create.  I have lived in all the books I composed.  If I had to choose someone else’s, I’d probably choose Star Wars.

I couldn’t imagine anyone would, but it would have to be someone with a sense for tragedy, so William Shakespeare, maybe.  Being dead might actually help.

All the good ones already are books, or were first.  I’d like to see more good books made into movies – like M.O.D., Chronicles of Time, or Edge of Knight!

The one word I used earlier would suffice: tragedy.

What s exciting you about your next project?

Everything!  That’s why I’m doing it.  It’s a series (currently on the second book) about conquest, deceit, betrayal, backstabbing, greed and lust set in another galaxy (sort of Game of Thrones meets Star Wars).

No matter how bad life is, you can always find joy in it.  Or make it.
More information on J C Allen can be found at:
Author’s Website
Amazon Page