Posted on 16 December, 2016 by Zealot Script Leave a comment

P.I. Alltraine is a multi-award winning poet and author. She has won several international poetry competitions, and her poems “Kites” and “The Gift” have been published in separate anthologies.

She teaches English Language and Literature in London. She earned her degree in BA English from Queen Mary University of London, followed by her Post Graduate Certificate in Education and Master’s in Teaching at the UCL Institute of Education, University of London. Before moving to London, she lived in the Philippines where she experienced the rich culture encrusted with dark myths and enchanted tales. She draws inspiration from these in her writing. Though she has lived in different places and experienced different cultures, writing has remained a constant aspect in her life.

I get to create a whole new world whenever I feel like it.

When I was younger and they asked what I wanted to be when I grew up, I never said ‘writer’. Writing has always been something that I’ve done naturally. I was the editor in chief of the school paper so I edited and wrote news articles, I wrote and performed school plays, I entered poetry writing competitions, I wrote the speeches I delivered in oratorical competitions, declamation, debates, etc. At the time, I thought I was doing so many different things, but looking back, everything that I chose to do involved writing. However, I wrote a novel not necessarily intending to publish it or make a career out of writing. I wrote it because there was a story I needed to tell.

This is always the most difficult question to answer because there’s just too many! If I have to choose though, it’s got to be John Milton and Virginia Woolf and James Joyce and Chinua Achebe and… (it’s impossible to pick just one). I love writers that make me feel something I can’t explain or change my perspective. When I read anything by Virginia Woolf, for example, be it an essay or a novel, I feel baffled and enlightened all at once. John Milton is another writer who changed my perspective and how I approached literature as a writer.

Write for yourself. It doesn’t matter if your style doesn’t fit in with the current trend or if some circles may not consider it “good writing.” Write because you want to, and write whatever the hell you want. Writing is not a way to fit in or please others. It’s one of the very few things in the world that allows the liberty to be true to yourself.

I read all types of books, from the classics, to poetry to epic fantasy. I don’t stick to one genre. I look for a story that hooks me.

I would love to spend more time with Evan. He doesn’t appear until halfway through the book, and he’s only in a few scenes, but I think he has such impact, such presence. 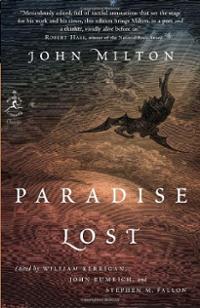 I can think of a several, but I’d go with Paradise Lost by John Milton.Milton’s writing transformed the way I viewed characterization. I was raised Roman Catholic, so seeing the sublimity and the epic heroism in a figure that I grew up believing as a one dimensional villain was very enlightening. It’s empowering to see how Milton took something a lot of people considered sacred and manipulated it with such grace, such skill. 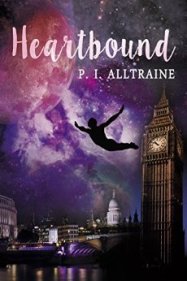 I’m working on three novels at the moment. One of them is the second book in the Heart Series (sequel to Heartbound). I’m also working on some Poetry (Spoken Word). I’m building a collection that will hopefully be ready for publication by next year. There’s a video performance available for Unmoving, and a few more from the collection should be up soon.

“…and then, I have nature and art and poetry, and if that is not enough, what is enough?” – Vincent Van Gogh

As well as the Youtube channel listed above, you can find more of PI Alltraine around the internet at the links below.