Posted on 13 January, 2017 by Zealot Script Leave a comment 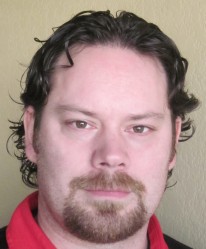 B.V. Bayly is an exciting up and coming new author on the science fiction scene. Bayly was mentored under New York Times bestseller Kathy Tyers, who penned Star wars: The Truce at Bakura and Star wars The Jedi Order: The Balance Point, as well as her famous Firebird series. Bayly’s writing is a mix of comic book action and science fiction. His series is edited by Mary Rosenblum, another big science fiction name and Hugo finalist from the United States. Bayly’s series Eden’s Ore hit the market as a huge surprise last year. The first book in the series, Eden’s Ore: Secrets, thrilled both readers and reviewers in the UK and across North America.

Solitude and focus. The ability to sit down and create, requires a special kind of energy that we use up so fast in our everyday activities. Each day requires us to problem solve and be creative, whether that’s at work or at home with children, everyone uses that energy up very fast. In my experience, working a full-time left me very little energy to channel into my writing at the end of the day. I got the opportunity to write full-time for two years – that freedom allowed me to finish my five book series and stay on an intense schedule. I am now back working part-time and I can tell without a doubt, I miss being able to commit myself 100% to my writing. I really hope I will have another opportunity to write full-time in the future. 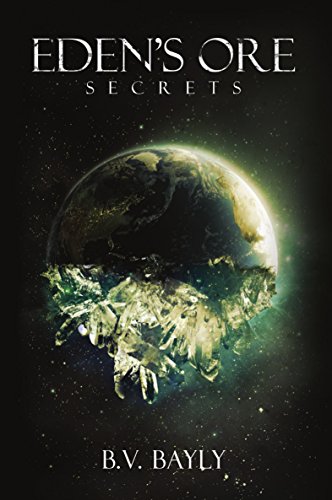 My wife. Pure and simple. I was never a good writer, or reader for that matter. I struggled in school growing up – my words get easily garbled in my head. So writing to me was very, very unnatural. I didn’t take creative writing in college or anything – I have no formal training for it. Even today, I can easily mess up a sentence if I don’t pay attention despite having written five books. I remember when I thought of the idea for Eden’s Ore. I was running a hotel and my mind started to look around at everything we used, constantly plugged in and burning energy. I said to myself ‘What if we had nothing left? What if our energy reserves were gone – what then?’

My mind started to spin a story – I thought about it and dreamt about it non-stop until my wife convinced me to write it down. I laughed at the idea – I would have been better off recording myself than writing. But it was the seeds of something great. She continued to push me to meet other authors, to get mentored on writing, to improve and teach myself the craft. Without her hands on my back pushing me forward, I don’t think I would have made to this far. Every day she gives up what she can so I can write, simply put – it is a huge blessing.

There are dozens and for all different reasons. Ted Dekker for his spiritual sense of writing. Stephen King for his utter determination and drive. Frank Herbert for his incredible voice and omnipresent-style of writing. Trudi Canavan for the magical playfulness in her writing. Andy Weir who refused to let the system keep him down. Hugh Howey for embracing the indie author life. There’s countless authors that I admire for their accomplishments and work. They all help to remind me not to give up and to enjoy the writing as much as possible.

Accept that it is a hard path. Pure and simple, things don’t always go well. Even a great story can get lost in today’s world of publishing, it happens way too often. We have all seen bad books get massive deals and good books fall to the wayside. It’s a broken system. If you believe this is going to come easy, you’re in for a world of hurt. This not an easy path to take – it will take you to the ends of yourself and beyond. The best advice I have is this: Dig in, get dirty and work hard. 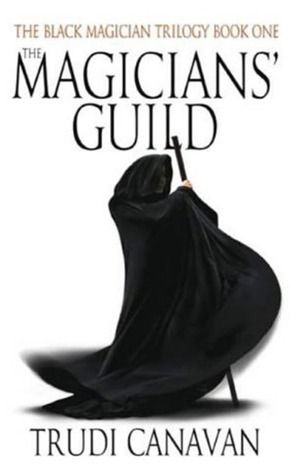 This will probably be a very different response than most other authors. Since I have started writing – I don’t read much anymore. When I am in a good grind of writing I don’t read or watch the new movies or really observe anything creative. I find it all swirls up in my head and ends up coming out on the page. I feel like there’s too many voices in my mind. All those story-tellers and their wonderful ideas get stolen unintentionally. I don’t like mimicry in writing, I want to keep my own as pure as possible. So I have a ban on reading while I write, unless it’s something along the lines of writing – like Stephen King’s book on writing or something more along the spiritual lines of creating.

When I take a break between novels, I like to flip through some of the best sellers – see what they’re all about, more for research than pleasure. I re-read some old classics like Dune or The Magicians’ Guild. I like the concept of being more than just human, more than the ordinary. I think it’s an innate desire of all of us to be like that. So I enjoy any kind of book that embraces that concept whether by magic, technology or fate. All of them sound fun to me.

In the Eden’s Ore series, it would have to be Thaddeus. He is a beast of a man with an even stronger heart. He drinks too much, loves too much and laughs whenever he can. He’s self-less, always putting someone else first. I think he would be the kind of friend you would call a brother and would trust with your most precious ones. In my mind, he’s a rarity in the human race. The kind of person we need more of. 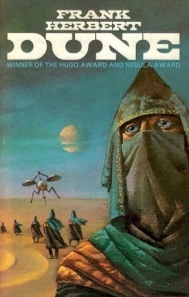 Dune. The real Frank Herbert ones, not his son’s spinoffs. Dune is a piece of art – the amount of information and world building Frank put into those books is incredible. The characters and their feelings, all told from an omnipresent point of view is something to marvel at. I loved how lost I could get in them – still do. The spice must flow…

My first book was completely re-written several times. The most recent edition, I cut almost 29 chapters out of it and re-launched the series. Part of that was because I left my publisher and became an independent author, the other part was because I knew I could tell the story better. Editing is always a hard lesson. Good, but hard. There are always lots of things that I feel are important in a book, but the readers don’t. Readers today tend not to appreciate details, they want action and a fast pace. They miss the subtleties involved in the story-telling. The little pieces that answer so many of the big questions. They don’t like to have to search for things. I find it a bit sad, but as a writer you can’t ignore the reader’s desires. A book doesn’t come to life unless a reader embrace’s it.

Again, Dune. The Fremen and their stilsuits. The way of life they follow – bending to the natural flow of the sands around them. It’s mystical and carries with it a simplicity I think many people long for. It’s romantic to me. The reality would be so harsh I would end up wondering why I cursed myself, but I have always found it fascinating.

Stephen King or Lee Child, because than everyone would read it. Who knows I might actually sell enough books to write full time. /laughs.

Who knows? I appreciate both sides of the equation. Some movies are just great movies, some books are just great books. Some work amazing as both. Each one is a unique story-telling method and both can be incredible.

Always seeking the creative spirit given by the creator.

Think on that for awhile. /wink

My next project is a return to the Space Opera genre.

A legendary bounty hunter known across the galaxy as the ‘Golem’ hides on backwater planets, forsaking the life he once had. Half man, half unknown. Cadell is bonded to Trix – a metallic creature that stands in place of his missing arm and leg. The Ascendency, the universal authority in the galaxy, has a standing bounty on his head worth more than a the cost of a ship. Cadell is forced into the open to save the last survivor of a race that the Ascendency purged from the galaxy over a century ago. A connection to his past that he cannot remember.

We’ll leave it at that for now. I am on the last five chapters of the book and want to build it like a Jack Reacher kind of episodic tale, with a core group of characters tackling a new problem throughout the galaxy with each book. The storylines would follow an overall arc, but each book would stand on its own.

Life is never simple. It can surge at you with torrents of pain or pleasure. All you can do, is be rooted in something deep. Something that goes beyond the everyday, beyond the next year or the next decade. Discover something eternal and root in it. Then any storm that comes may shake you, but it will not be able to move you.

To find out more about BV and the worlds he has created then check out the sites below.