DV Berkom is the award-winning author of two action-packed 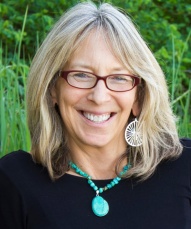 Raised in the Midwest, she earned a BA in political science from the University of Minnesota and promptly moved to Mexico to live on a sailboat. Several years and a multitude of adventures later, she wrote her first novel and was hooked. Bad Spirits, the first Kate Jones thriller, was published as an online serial in 2010 and was immediately popular with eBook fans. Dead of Winter, Death Rites, and Touring for Death soon followed before she began the far grittier Leine Basso series in 2012 with Serial Date.

D.V. currently lives in the Pacific Northwest with the love of her life, Mark, a chef-turned-contractor, and several imaginary characters who like to tell her what to do. Her most recent books include A Killing Truth, Cargo, The Body Market, A One Way Ticket to Dead, and Yucatán Dead.

Wine. And chocolate. And I get to lie for a living.

Being a precocious child, I penned my first illustrated tome at the tender age of 7—an ode to housework. Even at 7, I had tongue planted firmly in cheek. Many, many years and a multitude of misadventures later, I decided I’d lived more than nine lives and had finally gained enough experience to try my hand at writing a novel. It took a year to finish, and once it was done I was certain it would immediately be picked up by any and all agents to which I submitted. Several form rejections later, I realized I might just need a little more experience and promptly began to write another book. And another. And another. By the second fully completed novel I was hooked and couldn’t stop. To this day, I still expect my next book to be better than the last, and continue to hone my craft. I doubt that aspect of writing will ever get old.

Too many to count, although 3 of my favorites are Carl Hiaasen, Michael Connelly, and Phillippa Gregory.

Stop now while you still have your sanity.

It really depends on my mood. I love crime fiction, action/adventure, historicals (not necessarily romance, though), dark humor, and time travel, but I also eat up a good portion of non-fiction, as well.

Santiago Jensen. Although my husband would probably object.

If you’re trying to write a book in a certain genre, read the masters in that genre. I guarantee you will absorb and learn much.

I’m sure I had a hard time doing edits when I first started out, but I am currently quite reckless when it comes to cutting my prose. Cut, cut, cut. That’s my motto. 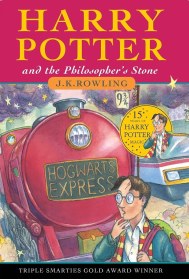 Hunter S. Thompson. Since he’s dead, it would be quite a feat and garner tons of publicity.

She came, she saw, she had a glass of wine.

My next project is Vigilante Dead, Kate Jones Thriller #8. It’s exciting because I haven’t published a Kate book in over 2 years and I have no idea if her fans will still like her as much as they did. One can only hope.

You can find out more about DV Berkom around the web on the links below:

You can get also get two of her books for free by joining her Readers List here.