Posted on 5 May, 2017 by Zealot Script Leave a comment

The annual Sci-Fi Weekender has begun drip-feeding their 2018 line-up into the web and we’re excited to announce that this includes legendary Sci-Fi author Kevin J Anderson.

As previous years, the weekend takes place in Pwllheli in Wales and next year will be on the weekend of 22nd-25th March. The event encapsulates all aspects of Science Fiction, with a heavy focus on TV, and past guests have included Brian Blessed and Chris Barrie. 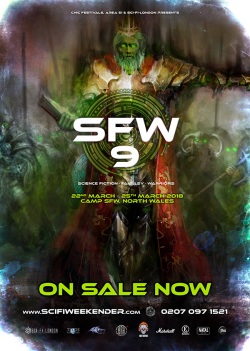 In amongst the host of TV, film and comic stars, the weekend always plays host to an array of Science Fiction and Fantasy Authors and the first to be announced this year is none other than Kevin J Anderson. 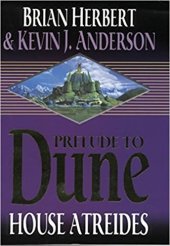 Kevin has published more than 120 books in his career and has written spin-off novels for several well known Science Fiction franchises, including Star Wars, Starcraft and The X Files. He is perhaps best known for his work as co-author with Brian Herbert on the Dune prequel novels, set in Frank Herbert’s masterful universe.

Throughout his career he has been nominated for a Bram Stoker award, a Nebula award and a Hugo award.

We’re looking forward to hearing from Kevin, and will keep you updated on announcements of the other authors to be in attendance at SFW9 throughout the year.