Bancroft Wins Publishing Deal for The Books of Babel 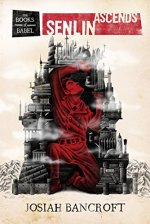 Orbit books has announced the acquisition of the rights to Josiah Bancroft’s series, The Books of Babel.

Bancroft’s first in the series, Senlin Ascends, was self published by the author back in February 2013 and has met with excellent reviews.

It tells the story of Thomas Senlin, a mild-mannered headmaster of a small village school, who is drawn to the Tower by scientific curiosity and the grandiose promises of a guidebook. After deciding to honeymoon in the Tower of Babel, he soon loses his new wife in the crowds and must search for her among the madhouses, ballrooms and burlesque theatres of the tower.

Set in the “Silk Age”, Senlin Ascends, has many elements of steampunk interwoven into the vibrant depiction of a world of warring “ringdoms”, geniuses and tyrants.

The second book in the series, Arm of the Sphinx, is scheduled for release by Orbit books on 18 April 2018, with the Orbit copy of the earlier book expected in the early part of the year. 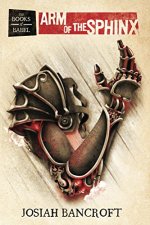 Orbit has announced the deal for four books from Bancroft, so it’s likely that we’ll see Senlin’s adventures continue!

tagged with Arm of the Sphinx, Josiah Bancroft, News, Orbit, Senlin Ascends, The Books of Babel