Posted on 27 September, 2016 by Zealot Script Leave a comment 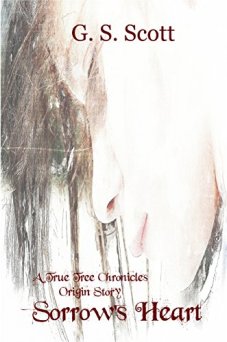 GS Scott warned me before reading this novella that the themes were dark, and he wasn’t lying. Torture, rape and imprisonment all feature in this dark fantasy that pulls no punches when in comes to content.

It was an interesting introduction to what the author clearly wants to be an ongoing series. Telling the story of “The Girl” who is held prisoner of a Priest of Chaos, Master Ruddick, in a dark world in the control of the Lord God of Chaos. The priest is experimenting on children with the aim of imbuing them with the spirit of chaos.

GS Scott’s penchant for the darker themes is apparent from the outset and it is to his credit that he doesn’t shy away from them. The world he is beginning to create shows imagination and I’m certainly eager to learn more about it. This story is set purely in Master Ruddick’s house leaving little scope for world building, but several conversations make reference to outside events. I hope that this is a sign of the author already knowing his world and where he plans to take future stories. There is always the possibility that he was throwing in these references for effect but until I get my hands on the sequel I am going to give him the benefit of the doubt.

There are times when the writing feels a little clumsy, I found myself picking up on it more in the initial segments of the story than the later ones, but this is to be expected in a debut and his work will only improve as he finds his voice.The most apparent examples I found were in his dialogue, perhaps this is a product of our cross-Atlantic sensibilities but it frequently felt forced. This was also apparent in the internal dialogue of the protagonist, The Girl, although this mostly felt natural. The odd jarring sentence came out of left field and seemed out of character.

I’m certainly curious as to how he will develop the saga from here. The end seemingly set up the next act for a more traditional fantasy tale and if Scott can develop the world while remaining consistent to the themes of darkness that he clearly favours then it could become an interesting ride.

One point I do want to mention is one that maybe the author himself may not have appreciated, and that is his apparent sense of humour. Without any spoilers, there are a set of interactions between The Girl and Jasper that are, quite simply, very funny. It was unexpected in the context of the story that was being told and I’d love to see Scott incorporate more of his humour into future work.

I admire Scott’s boldness in the themes he tackles with a debut work, going this dark immediately shows that he is confident in the subject matter that he wants to address. Unfortunately it was the quality of the writing itself that let this down, though I expect to see improvements in his next work.

Check out our Featured Friday interview with GS Scott

You can buy Sorrow’s Heart on Amazon