Posted on 20 September, 2017 by Zealot Script Leave a comment

The Scribe Awards have announced their winners of the 2017 awards.

Earlier this year we introduced you to the Scribe awards, the award ceremony that celebrates the work of tie-in writers. Or more specifically:

The Scribe Awards acknowledge and celebrate excellence in licensed tie-in writing—novels based on TV shows, movies, and games.

Traditionally seen as pulp or money-grabbing work, this genre is really coming into its own with some excellent writers among their ranks, notably including  Kingsley Amis, Kevin J. Anderson, Orson Scott Card, Arthur C. Clarke, and Ian Fleming.

Personally, I grew up reading the Doctor Who novelisations and so can attest to the quality of the writing that can be found in the genre.

You can find out more about the awards and their organisation at their website here.

The 2017 Scribe Awards were notable for Christie Golden picking up the award for her work with Assassin’s Creed in two of the five categories! 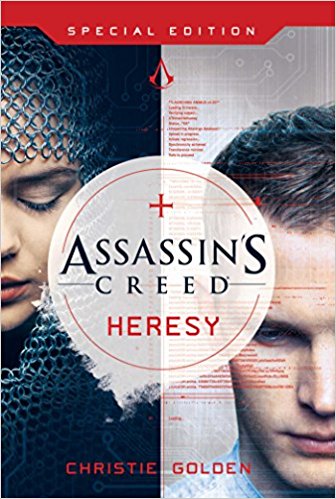